Injured in Ontario, CA in an Accident that was Not Your Fault?Contact a California Injury Attorney.

Mishaps, mistakes, and accidents in Ontario, CA happen all the time, probably on a daily basis. They are caused by anything from bad judgment to a simple misunderstanding. The accident you endured in Ontario may be no mere accident: It may be the basis of a personal injury claim.

A California Personal Injury Claim is Based on Wrongdoing and Those Standards are no Different for Victims in Ontario.

Ontario, CA is well known not only in the Inland Empire, but also throughout Southern California. It is the home of many major industries, countless national retail chains, some of the largest shopping malls in the Country, and even an international airport. The city is great for logistics, warehouse distribution and trade since it is located between some of the largest and most traveled freeways and interstates in the United States.

Despite the growing economic status of Ontario, CA, serious accidents and injuries are still lurking and can change a victims life in an instant. Warehouses, large manufacturing and industry give way to potential workplace related accidents, while the busy trucking routes offer possibility of major auto and trucking accidents. Ontario also hosts some large medical facilities which could lay stage to any number of medical negligence mishaps.

“My firm is here to help those who have suffered tragedy obtain justice, fairness and compensation and to help them put their lives back together again.”

Justin King is recognized as one of the preeminent personal injury litigation attorneys in the Inland Empire. Justin has built his reputation, one case at a time, by vigorously and compassionately representing injury victims against insurance companies and Justin has achieved numerous six and seven figure results for his clients.

Justin has an AV Preeminent Peer Review rating from Martindale-Hubbell which is the highest rating a lawyer can receive for legal ability and ethical standards and is reserved for just 8 percent of lawyers nationwide. In 2015, Justin was named by the National Trial Lawyers to its list of Top 40 Under 40 Civil Plaintiff Lawyers and in 2016 the National Trial Lawyers named Justin to their list of Top 100 Civil Plaintiff Trial Lawyers. In 2017, Justin was named a Southern California Rising Star by Super Lawyers Magazine and as a Top Attorney in Southern California (Rising Star) by Los Angeles Magazine. Learn more about Attorney Justin H. King here.

Regardless of the type of personal injury claim you have, you can receive damages such as: Medical bills, Pain and suffering, Lost wages, Decreased earning capacity and or Property damage or more.

Justin H. King, as a personal injury attorney, was recognized by the National Trial Lawyers association in their “Top 40 Under 40”. Learn more about Attorney Justin King’s recognition by clicking here. 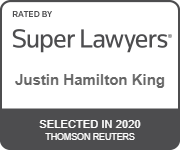 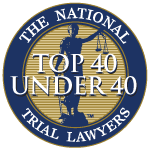 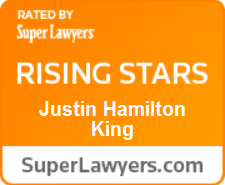 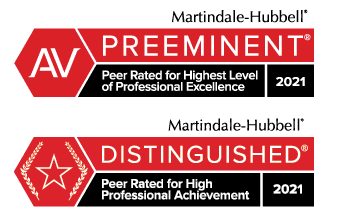 Extensive Experience In Our areas of Practice