Death of family members and loved ones is a reality we all have experienced or know we will have to deal with at some point. The most devastating of these deaths is when the deceased did not have to die. Unexpected and premature deaths cause more grief and unrest in families and sometimes leave the left behind emotionally lost. In situations where the death of a loved one was the result of someone else a wrongful death claim may be an option for families to recovery damages and at least have some financial stability as they move forward. In these situations, based on California law, a wrongful death claim may be the best way for closure and the ability for families to continue to live with some normality in their life.

Upland Wrongful Death Cases – Not a Minute to Waste

The California law makes it very clear with regards to the specific time in which a case for wrongful death can be filed within the courts. Within these laws there are variances for a particular type of personal injury/wrongful death case. Most case will have a 2 year window to file, but in some cases like bring claim to the government, the time frame can be as little as 180 days.

Because of these time limitations being different for each type of case it is important to meet and consult with a local wrongful death attorney so that you fully understand the court’s expectation of a person seeking to file a claim. The attorney can provide an accurate time line as well as overview of the specific responsibilities that have bearing on the case. 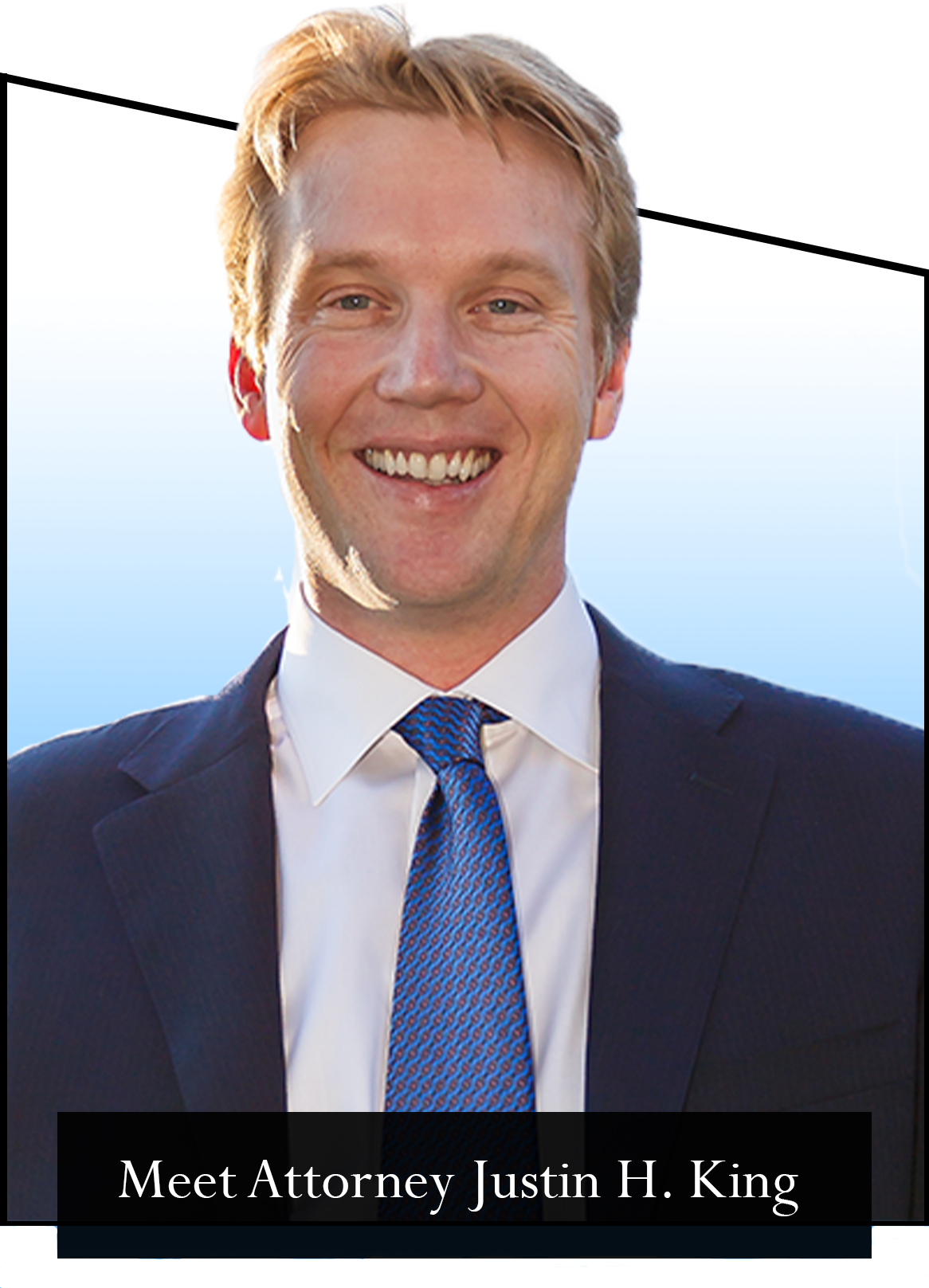 Wrongful death claims case are one of the most time & detail intensive cases. The case will often time take many hours to initiate and prepare the case. This includes identifying important evidence and compiling and interviewing witness statements and more. Every step of the wrongful death claim has to be handled with strict attention to detail and care. Attorney Justin H. King understands what it takes to successfully represent victims of wrongful death and works diligently to provide his best possible representation resulting in the best possible chance for a favorable outcome.

After a wrongful death, the family is rarely thinking about financial compensation during the grieving process. The problem is that insurance companies and other entities that may be responsible for the death are. Their primary goal is to settle and or pay out as little as possible to make the problem go away. The job of your wrongful death attorney is to recovery the fair and deserved compensation for your lose. Justin H. King, with attention to detail on every case, works hard to make sure his clients get his best possible representation and the best possible financial recovery he can have them awarded.

If you feel that you or your family is victim of wrongful death and live in Upland then the Law Offices of Justin H. King is here to provide you the chance at your first step to recovery. The law with regards to wrongful death claims is specific and complex and our office can provide important details about your rights and responsibilities. We offer a 100% no charge and private/confidential consultation to help you understand key aspects of your case and your ability to recover damages. You are under no obligation whatsoever and the information could very well make the difference in your chance for a successful recovery of damages.

California allows for many people who were dependent on the deceased to also bring a wrongful death claim forward. This could include extended family members such as parents, or even step-children to bring a claim, if they were financially dependent on the decedent. Furthermore even non-related minors have the ability to recover damages in a wrongful death case if they were in the household for certain amounts of time and their life will be impacted by the unforeseen death.

A wrongful death claim is typically filed based on the sole fact that the person who is deceased would not have otherwise died without either an intervention of someone else, or the lack of care or negligence of someone. There are also deaths that occur in California where both claims cannot be filed as well as situations that seem where claims would not be allowed, but the court will allow a formal lawsuit for wrongful death to be filed.

Death by suicide is one situation where the family can move forward on a wrongful death claim. These situations would involve proving that someone had some level of care or obligation to the deceased, and they failed to provide this service which then resulted in the deceased taking their own life. These cases are becoming more mainstream with the emergence of bullying on school grounds and institutions.

Cases where families would commonly want to go forward with a wrongful death claim, but may be unable to based on California law and the restrictions are death of an unborn child. Based on the California Supreme Court an unborn child does not met the requirements of a person with regards to California personal injury suits. Another example of a death not able to result in wrongful death claims would be certain homicides, particularly justifiable ones.

If you have questions about your situation and if it qualifies for a wrongful death claim, Justin H. King can consult and determine exactly your rights with regards to wrongful death.

A death of a family member that was not expected at any time is hard to deal with. Mix in the chance that the deceased may have been negligent themselves or somehow contributed to the death, could be embarrassing to the family. They may not want to discuss details with other family and may not feel that they have right to a personal injury claim. That is nothing further than the truth under California law. Even if the deceased was somewhat responsible for their death, a wrongful death claim can still be filed.

Under California Law a percentage of fault can be assigned and based on that percentage a reduced or partial claim award can still be issued. This is important for victims of wrongful death to know since they can still receive a healthy compensation for damages suffered.

An attorney who is familiar with personal injury and specifically wrongful death claims can help victims have a better idea about their particular claim and who it would be treated under California law. The Law Office of Justin H. King can advise as to these particular situations and rights of family members of wrong death victims.