How JUMP Electric Bikes Are Treated in the State of California

How JUMP Electric Bikes Are Treated in the State of California

Injured by a Motor Vehicle While Riding an E-Bike? Protect Your Rights and File a Personal Injury Lawsuit Today.

Electric bicycles, such as those provided by the company JUMP, are quickly becoming very popular in southern California. Unfortunately, as their popularity rises, so do the amount of accidents involving moving vehicles and these electric bicycles. When a moving vehicle strikes an e-bike rider, the consequences can be disastrous and very serious injuries can transpire.

The use of e-bikes such as JUMP is a new practice for many, and there is confusion about the laws pertaining to e-bike users in California. For instance, it isn’t widely known if e-bike riders should use a helmet while using the tool of transportation. Additionally, many bike users are also unaware if they should abide by California laws as normal bicycle riders or as motorists.

If you’re an e-bike rider, it is important to have a comprehensive understanding of laws pertaining to the use of e-bikes. This can be very helpful knowledge in the event that you or a loved one is injured when using one of these devices.

Why E-Bikes Have Gained Traction Across Many States 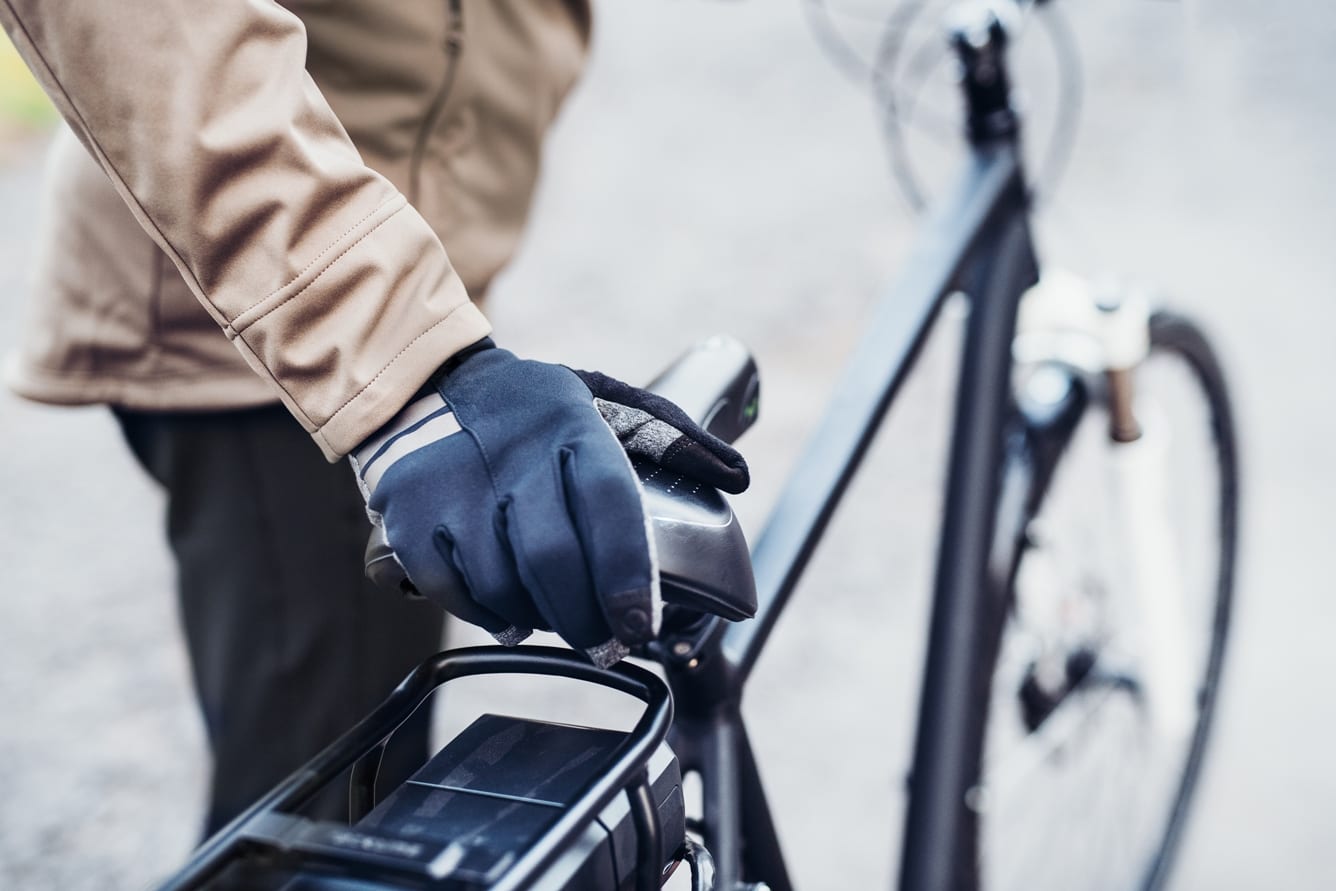 For many local communities, e-bikes remain to be accepted, as they often remain as a much-debated subject. For many government agencies, electric bicycles create dangerous hazards and also create financial liabilities. Nonetheless, there are many reasons why these forms of transportation are quickly gaining traction across many cities throughout California. Some of the most prevailing reasons behind their popularity include:

They Are Cost-Effective – Electric bicycles can be far less expensive than riding in an Uber or Lyft.

In Hot Summer Days, E-Bikes Can Get You There Faster – Any person who is contemplating a quick run to the store in the summer may often think twice about walking there. E-bikes offer pedestrians the opportunity to go to local places fast without taking a vehicle.

They are a Fun Way to Travel – Whether a user has a specific place to travel or not, e-bikes offer people the opportunity to have fun with family and friends.

Increase Accessibility – Electric bikes offer people with certain disabilities the opportunity to travel to places they normally would not.

They Have the Potential to Create Safer Roads for Cyclists in General – Because of their popularity, e-bikes are getting more and more bike users on the road, which increases public awareness on the presence of cyclists on the road.

The Definition of an Electric Bicycle Under California Legislation

As previously mentioned, an E-bike is a relatively new method of transportation. Electric bicycles come in many different models and they can often appear to not fit into one simple definition. Many states, including California, have passed new legislation that conforms to the terms of what an electric bicycle is; The State of California Vehicle Code §406(a) has defined an electric bike or a motorized bicycle or moped as being capable of no more than 30 miles per hour on level ground with the following, Having a motor that produces less than two (2) gross brake horsepower, and Has an automatic transmission, or Has fully operative foot pedals for user propulsion, or Has an electric motor that may or may not have pedals for user propulsion

Laws that Apply to E-Bikes in the State of California

If you’re an electric bicycle user in California, there are important laws you should be cognizant of when using an e-bike. A few of the most important laws are highlighted below: In the State of California, an e-bike is essentially considered a normal bicycle under the Vehicle Code. E-bike users are exempt from a majority of laws that apply to motorcycles and cars, Under the California Vehicle Code §406(b), an e-bike rider is not required to abide by the state’s financial responsibility laws. An electric bicycle user is not required to have liability insurance before using the e-bike, under California law, if you operate a bicycle that meets the definition provided under Vehicle Code §406(b), then you need to be of 16 years or older, and need to wear a fitted and properly fastened helmet, You also are exempt from needing to obtain a driver’s license or obtain moped plate requirements (California Vehicle Code §12804.9).

Injured After Using an E-Bike? Obtain the Legal Support of a Proficient Personal Injury Attorney 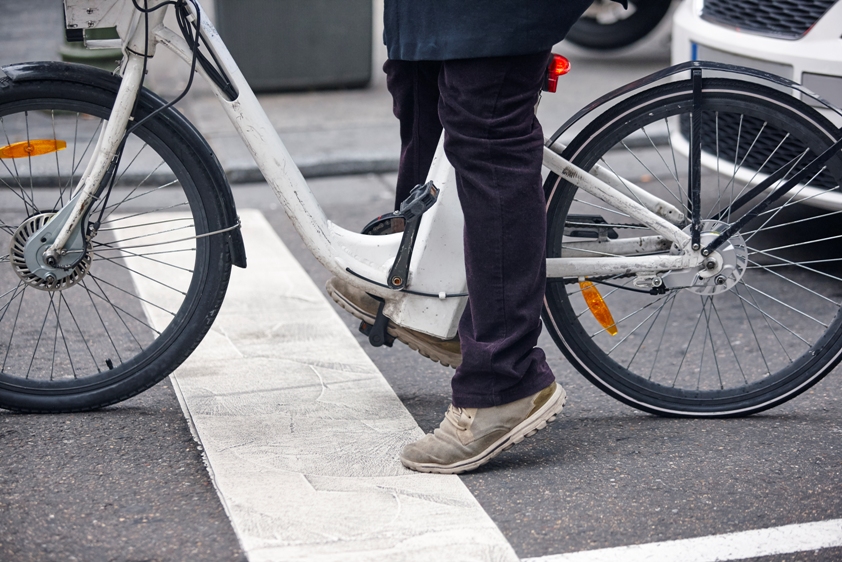 Like regular bicycles, e-bike riders do not have much protection when it comes to collisions with moving vehicles. Riders are susceptible to serious injuries that include traumatic head injuries, broken bones, serious lacerations and disfigurement, and even deadly injury. Because every city can have its own regulations when it comes to where an e-bike can be used, many e-bike users are forced to use roads alongside fast-moving vehicles.

If you or someone you know has been injured while using an e-bike, it is very important to consider seeking the legal advice of an experienced personal injury attorney. Personal injury cases concerning e-bikes can be complex because their use is generally new. The rent of these devices and their use alongside pedestrians and moving vehicles is new to many southern California communities. Because of this, different laws can apply depending on the specifics of the case. Furthermore, California legislation pertaining to e-bikes is subject to change. Speaking to a qualified attorney can help you ensure that you have the best opportunity at obtaining financial compensation for your injuries.

At the Law Office of Justin H. King, preserving the rights of an injured e-bike rider after colliding with a moving vehicle is of utmost importance. Attorney King is specialized in the field of personal injury cases and will vigorously defend the rights and interests of those injured as a result of another’s negligence. If you have suffered injuries because of a careless driver, Attorney King has the experience and knowledge you need to file a personal injury lawsuit against the negligent party that caused your injuries. Personal injury claims are subject to a statute of limitations; obtain the proficient legal support of an experienced attorney as soon as possible.